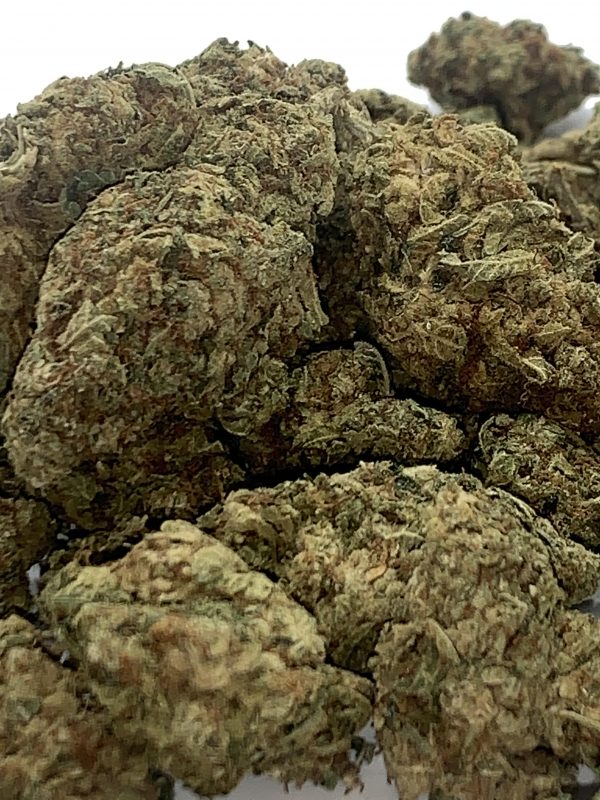 This winning sativa-dominant hybrid took home first place in the Medical Sativa category at the 2014 Seattle Cannabis Cup. It’s a Washington original, grown by at least two local cultivators, Olympia Mike and A Green Cure. It’s a blend of Lemon Skunk and Super Silver Haze, and it has a sativa/indica ratio of 80:20. That means heady, peppy, cerebral effects: arousal, creativity, energy, euphoria, and intense happiness. These make for ideal tools in treating depression, fatigue, anxiety, nausea, and chronic pain. THC levels soar in this strain, with at least one sample topping 25%, and that puts Super Lemon Haze near the top of the potency pyramid. But it isn’t known for its CBD levels, which regularly test well below 1%. In other words, this strain shouldn’t be used as the only medicine for conditions that respond to CBD, such as seizure disorders. Super Lemon Haze has a tart, zesty lemon flavor and aroma, with sweet notes of candy. The bud, which has a speckled green-and-brown appearance, is covered with a dense layer of resinous trichomes. This strain is popular on the West Coast of the United States and in British Columbia.

Dank Delivery is an online virtual marijuana dispensary with the mission of providing the most professional, Safe-Access and lab-tested marijuana products to consumers across Canada.

We want to thank all of our current consumers for their continuous support of our mail order service. We believe the success of our mission as a mail order company is due our superior Management Team, Customer Support and our consistent range of top quality cannabis at affordable prices.

We are grateful for the opportunity to serve consumers across Canada with the finest care, and most secure online Private transaction system.